Sometimes when you are stuck, it helps to go back to the beginning. The beginning of CVI came early, along with my son’s arrival in the world. There wasn’t a time when he did not have CVI. As a single parent, and especially finding yourself the single parent of a child with a disability, the only thing I knew for certain was, I’m going to need help. 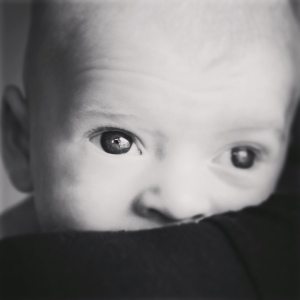 Early on it was mostly about acceptance and special needs and disability and infant stroke and coping. But mostly it was about stroke, and all of the needs that come along with that, such as seizures and a regular schedule of neurology appointments. It wasn’t enough to simply connect with other “special needs” parents, as we call ourselves. More than anything, I needed connection with other parents whose children had strokes. (In fact, the first other stroke parent I ever met face to face, in real life, turned out to be Sherman Alexie. But that is a story for another day.)

When your child receives a diagnosis at birth, technically his is called HIE, or hypoxic ischemic encephalopathy (a lack of oxygen to the brain) – you get “connected” right away. Connected means early intervention services, so that he is regularly and repeatedly assessed, evaluated, monitored, referred, recommended, treated, for as long as you both shall live. Or – for as long as it takes. After countless late night interweb searches, I turned to our early intervention people to help find this group. Of course by that time there were multiple such groups you could join, either through websites (CHASA) and even some burgeoning parent groups on social media, far more of them exist today. All these resources were appreciated, and had only existed, in the virtual world, for a short time. My need was more immediate. I wasn’t looking for more virtual people, more social media connections, I needed actual humans to relate to, and potentially fall apart with. The neurologist that delivered my son’s diagnosis of stroke (followed days later by the diagnosis of CVI), had explained infant stroke as “not common – but not uncommon.” That statistic gave me little hope of finding an in person support group. But let’s just say this neurologist wasn’t exactly the bearer of “hope.” My only hope was the early intervention provider.

As usual, my requirement was pretty specific, join a support group of parents of other stroke kids. In our city, there were several early intervention providers scattered about. What percentage of all those children had experienced stroke? Our early intervention provider knew of such a group, started by two moms who came before me. Both were moms of a child with a disability, one mom whose child did not survive. Their legacy is Moms2Moms. Not stroke specific, but after reaching out to one of the founding moms, I decided to check out this fledging group.

In fact there was more than one Moms2Moms group. Groups met roughly every 6 weeks. The founding moms were facilitators, until such time the group was established enough to let go. There was an upcoming meeting, and I was invited. Not yet comfortable in my new role as “mom,” was the even less comfortable role of “special needs mom.” Going would be hard, another level of acceptance, Here I am, special needs mom. Along with it came the realization of explaining my son’s arrival in the world, Here we are, along with so much else. The prospect was anxiety making, to say the least, to meet up with a group of strangers, and share the most traumatic experience of your life, an experience there never seemed to be enough time to adequately process. At this point, a special needs support group had to be easier than either the typical baby meet up, which left me pulled over sobbing on the side of the road. And easier than the short lived PEPS group, where every other mom in the room, including the instructor, loudly gasped at hearing the words “infant stroke.” So much for sharing. I did not go back.

Easily meeting strangers is not in my nature and I was nervous. Moms2Moms met in the evening, that way, everybody could drink wine. And moms only, no kiddos. I relished the idea of meeting these moms, listening to their stories, sharing some of mine, and drinking wine. Except for the problem of childcare. Like many/most/all(?) parents of children with a disability, finding reliable childcare is a perpetual struggle. Magical caregivers who were undaunted by seizures appeared from time to time, but not tonight. A mix of disappointment and relief swirled inside, as I acknowledged I would need to skip it. I’ll try again next time, I told myself. With plenty of summer light still left in the Pacific Northwest sky, I settled him into his stroller, headed out for a walk among the hilly neighborhood streets. A nice night, to be sure, but it wasn’t where I wanted to be. The cool evening air was an awakening:

These moms won’t mind if I bring him. These moms, more than anyone, will understand.

At that we promptly turned around, made our way back home. I packed up my son, his blankets, the yellow g-raff that went everywhere with us, diaper bag (bottles, diapers, wipes, toys, seizure meds), and got in the car to go meet these moms.

We did not stick with that original moms group. At five months old, my son was by far the youngest kiddo. One of the founding moms suggested a different Moms2Moms group, with little ones nearer Jasper’s age. This would turn out to be the Seizure Group. For different reasons, including reasons you cannot point to on a brain MRI, all our kids experienced seizures. Some more, others less. Not one other stroke mom, but seizures would be the tie that binds. As my son grew and gained skills, in time my focus shifted from my son’s stroke, to my son’s CVI. In describing his CVI to the other seizure moms, three of the five realized their kids too, had CVI, which they had never heard of, which nobody had ever mentioned. All of these kiddos were ahead of us in the early intervention game. Nobody had ever mentioned cortical visual impairment, CVI.