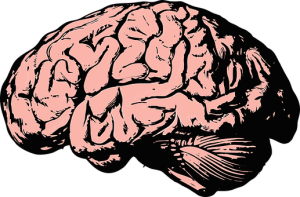 Below is a collection of resources on the brain. Some are directly related to the brain based visual impairment, CVI. Others are not about CVI specifically, but span the topics of brain injury, education, human development, learning, medical progress and technology, rehabilitation, sensory processing, stroke, neuroplasticity and more. This page is intended to further interest and understanding of the brain – and the experience of living with neurodiversity. Just like our knowledge of the brain constantly grows, so will this list.

Audiobooks Aren’t ‘Cheating.’ Here’s Why. A new study from neuroscientists at the University of California-Berkeley found that whether you’re reading a story or listening to it, you’re activating the same parts of your brain.

Being barefoot benefits brain development and more. Turns out the feet are the most nerve-rich parts of the human body, which means they contribute to the building of neurological pathways in the brain.

The Blind Woman Who Sees Rain, But Not Her Daughter’s Smile. Imagine a world that is completely black. You can’t see a thing — unless something happens to move. You can see the rain falling from the sky, the steam coming from your coffee cup, a car passing by on the street. This is the case of a woman who was blinded by a stroke at 29 years old.

The Brain That Remade Itself. What happened to Collins is a remarkable example of neuroplasticity: the ability of the brain to reorganize, create new connections, and even heal itself after injury. Neuroplasticity allows the brain to strengthen or even recreate connections between brain cells—the pathways that help us learn a foreign language, for instance, or how to ride a bike.

Cerebral versus Ocular Visual Impairment: The Impact on Developmental Neuroplasticity, Frontiers in Psychology. There has been a more recent and dramatic rise in the incidence of children born with profound visual impairment not fitting with the typical profile of ocular blindness or visual impairment related to acquired brain injury. In this situation, the term cortical/cerebral visual impairment (CVI) was coined to describe damage to visual pathways and structures occurring during early perinatal development. The term “cortical” visual impairment was originally proposed to describe visual dysfunction in pediatric populations of non-ocular cause, and its presumed association with damage to early visual cortical areas.

Doctors Use Electrical Implant to Aid Brain-Damaged Woman. Using an implant that stimulates activity in key areas of the brain, a team of scientists restored near-normal levels of brain function to a middle-aged woman who was severely injured in a car accident 18 years ago.

How brains learn to see. TED Talk by Pawan Sinha. Visual neuroscientists Pawan Sinha details his groundbreaking research into how the brain’s visual system develops. Sinha and his team provide free vision-restoring treatment to children born blind, and then study how their brains learn to interpret visual data. The work offers insights into neuroscience, engineering and even autism.

How you talk to your child changes their brain. In a study of children between the ages of 4 and 6, cognitive scientists at MIT found that such back-and-forth conversation changes the child’s brain. Specifically, it can boost the child’s brain development and language skills, as measured both by a range of tests and MRI brain scans. This was the case regardless of parental income or education.

Kids Who Count with Their Fingers Are Smarter, Researchers Say. When children count on their fingers, they take an abstract concept—mathematics—and translate it into the most basic, tangible form. In fact, neurobiologists believe that the brain is hardwired to “see” a representation of our fingers even when we aren’t literally counting on them.

My Beautiful Broken Brain. After suffering a stroke at age 34, a woman, Lotje Sodderland, documents her struggles, setbacks and eventual breakthrough as she relearns to speak, read and write. Lotje’s story helps us understand the experience of stroke. Her description of the vision on her right side is similar to CVI.

Noted photographer Chuck Close transcends his face blindness. If you ever meet Chuck Close he won’t recognize you if he sees you again. He has prosopagnosia, more commonly known as face blindness. He can see the parts of your face perfectly well — your nose, eyes, forehead and so on — but he cannot put the parts together into a pattern that leaves an impression on his memory.

Painting The Brain As A Sacred Object. Using the techniques of microetching and lithographing, neuroscientist Greg Dunn has created a project called “Self Reflected,” which visualizes what it might look like to see all the neurons of the brain connected and firing. 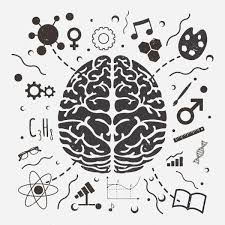 The Right Brain Develops First ~ Why Play is the Foundation for Academic Learning. Did you know that the right brain develops first? It does so by the time children are 3-4 years of age. The left brain, on the other hand, doesn’t fully come online until children are approximately seven years old; hence the first seven years being recognized as such a critical period in child development.

Why Kids Should Keep Using Their Fingers to do Math. Stopping students from using their fingers when they count could, according to new brain research, be akin to halting their mathematical development. Fingers are probably one of our most useful visual aids, and the finger area of our brain is used well into adulthood. The need for and importance of finger perception could even be the reason that pianists, and other musicians, often display higher mathematical understanding than people who don’t learn a musical instrument.

Why Kids Should Use Their Fingers in Math Class. In a study published [in 2015], researchers Ilaria Berteletti and James R. Booth analyzed a specific region of our brain that is dedicated to the perception and representation of fingers known as the somatosensory finger area. Remarkably, brain researchers know that we “see” a representation of our fingers in our brains, even when we do not use fingers in a calculation.