“Literacy begins when they look.” These were the words with which Christine Roman-Lantzy began her pre-conference session last fall at Northeast AER in Vermont. These words are important because parents of children who have cortical visual impairment (CVI) need to know that when we talk about literacy, we are not only talking about kids who are in Phase III CVI (Roman). When we talk about CVI literacy, we are talking about all kids who have cortical visual impairment.

Literacy begins when they look. She continued, Even if it means they look, and then have to look away, before they reach. When we give children with CVI opportunities to look, we give them the opportunity to build and use vision. Children with CVI use their vision and build visual skills in the early phases of the CVI Range. In Phase II CVI, they may still rely heavily on dorsal stream vision (Roman), just like my son did. 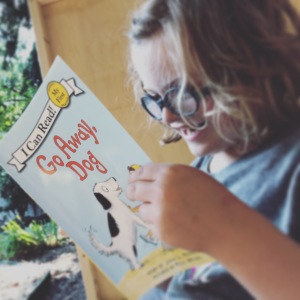 Before a child with CVI is able to identify salient features, he first needs to build vision. So for our kids with CVI, “Literacy begins when they look.”

One thought on ““Literacy begins when they look””