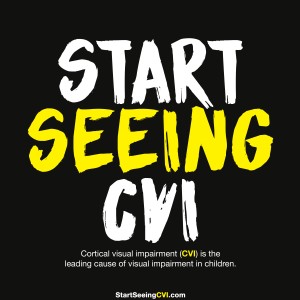 September is CVI Awareness month. CVI is a brain based visual impairment, that means it’s a problem with the brain, not the eyes. CVI is about visual interpretation and visual recognition, it is not about acuity (Mazel). People with CVI see what we see, but they cannot interpret it (Roman). CVI is the leading cause of visual impairment in children. And it has been since the 1990s. END_OF_DOCUMENT_TOKEN_TO_BE_REPLACED