It’s not too late for the Start Seeing CVI holiday gift list. You won’t find red pom poms here because children with cortical visual impairment (CVI) like more than just pom poms (and besides, you already know where to buy pom poms and bright flashy toys). What follows are gift ideas from busy CVI moms (especially at this time of the year). Many thanks for the great suggestions.

Reversible Sequin Pillow: We have seen these at aquariums, craft stores, and zoo gift shops. Brush your hand over the reversible sequins, back and forth, to change the color. The qualities of color, light, and shiny movement (CVI 10 characteristics, Roman-Lantzy) are ideal for children with CVI. The texture of the sequins is a bonus. Could be a good fit for a kiddo in Phase II CVI and the goal of integrating vision and function (Roman). For my son in Phase III CVI, it works as a sensory toy. You can also find reversible sequin stuffed animals. Pick one up in your child’s preferred color.

Picture cards. You can find picture cards of all kinds – animals, outdoors, every day objects. In Phase II CVI, picture cards were a way to look at images, talk about the salient features of objects, and arrange the cards into a pet shop or toy store, in other words, categorizing. Stick with cards that use realistic photographic images with white backgrounds

Fake plastic animals. You can find plastic animals in a range of sizes, from miniatures up to several inches tall. You can even find “Toobs” of different categories of animals such an farm animals or ocean animals. In Phase II CVI we played with these animals and practiced identifying an animal by its salient features, categorizing animals, or using them to make a zoo. And you won’t go broke buying them.

Busy Farm. The game comes with layouts such as pond, farm, pasture. Instead of using these, we played the game in Phase II CVI with a handful of animals grouped on a black surface and practiced finding animals by their salient features (salient features, again!) or sorting the animals. The bright solid colors are attractive to young children with CVI and help hold visual attention (Roman).

Pokemon cards. Some kids in Phase III CVI like to study the details of the cards, then either categorize them, or arrange in an album. Some kids with CVI might want to line them up!

Eeboo Classic Memory Game. A matching and memory game with high quality illustrations. You can talk about salient features (of course!) and you can always reduce the number of playing cards to help reduce complexity of array (Roman).

Guess Who? game. We know that faces can be hard for our kids with CVI (Roman). This game is not about attempting to learn facial expressions, but a fun way to practice identifying people by other details. The complexity of the game is more appropriate for kids in Phase III CVI, but grown ups can always reduce the complexity of array.  Some kids may even want to challenge themselves by rearranging all the cards in the game board, putting them in different places.

Simon. The classic game. Bright solid colors, light, and low visual complexity make Simon an appropriate game for a child with CVI. A good challenge of memory skill and spatial awareness. This one is on our list and we will see how it goes over.

Bath crayons. Fun way to use color in the low complexity environment of the bath.

Good old Play dough. Easy enough to find it in your child’s preferred color or even in black. Also great to take along to restaurants or when traveling. 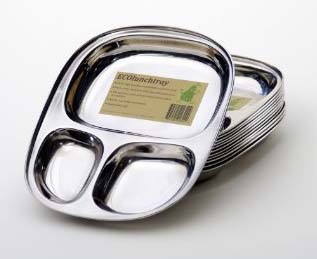 Stainless steel dinner plates. Children with CVI can have an array of difficulties when it comes to eating. The shiny stainless steel qualities of light and movement can help a child visually attend to the plate.

Who Am I? An Animal Guessing Game book. This book highlights a handful of clues about different animals (“I have… a fluffy white tail, a twitchy pink nose, two long, furry ears. Who am I? I’m a rabbit!”). When we teach salient features, we only use two to three (Roman) but this book can help you get into the spirit of talking about salient features.

CVi Connect app. Provide the gift of visual access. The CVi Connect app was created exclusively for children with cortical visual impairment and is based on the CVI Range (Roman-Lantzy). The app does require a CVI Range score and includes amazing technical support from CVI Endorsed professionals. The cost is $10 per month and is paid monthly, not all at once.

Cortical Visual Impairment: An Approach to Assessment and Intervention by Christine Roman-Lantzy. Help a carer or family member to better understand your child with cortical visual impairment. The book provides educators, therapists, physicians, and parents of children with CVI with an understanding of the condition of CVI and a complete framework for assessment and intervention. Be sure you are purchasing the second edition (red cover) which is newly updated according to research. Available in paperback or on Kindle. The first time I read this book (first edition), I was not reading a book about CVI. I was reading a book someone had written  about my son.