Below is a conversation around the topic of behaviors, coping mechanisms, and sensory regulation. This was an exchange with our occupational therapist (OT) that helped deepen my understanding of my son, who has cortical visual impairment (CVI). Other parents might find this conversation useful too. Our kids with CVI have inherent sensory processing differences, and as a parent, it can be difficult to discriminate the CVI from the sensory processing.

Is there such a thing as verbal stimming? My son will excessively discuss or ask questions about cheese and other challenging topics such as bathrooms or dogs. My tendency is to discourage this out of a fear that it will compound the problem or aversion.

When you hear the word “stimming” you usually think of a behavior of autism. To answer your question, yes you could call it verbal stimming or perseveration – although that has a negative stigma and does not really show an understanding of what is going on. All of these behaviors are typical but to a higher degree of intensity in some children which is why people start to label it stimming and think of these behaviors as maladaptive or a problem but really they are not – they are coping mechanisms. 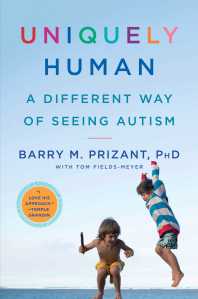 Talking about something that is anxiety provoking can be calming – asking a lot of questions about something that scares you can help you understand it better. When I am upset about something it helps me to talk about it, when I am fearful of something like ziplining I may Google it and read a bunch of reviews to see what it will be like – this is similar to what Jasper is doing discussing it and “researching” by asking many questions to figure it all out. This topic is beautifully explained in the book: Uniquely Human which you may find interesting even though Jasper does not have autism. Many of these behaviors do not stem from the autism diagnosis but rather from the sensory issues that go along with it – and we all know there are many people without autism who have intense sensory issues. It is very good to have coping mechanisms in life so it is best not to discourage the behavior – but adding in new coping mechanisms is good too, which is the breathing, positive self-talk, etc. You see it gradually lessen as the child learns more coping mechanisms and stops viewing so many things as stressful or in a “fight or flight” manner.

Is the verbal behavior discussed in the book specifically described as stimming?

He really does talk about bathrooms a LOT. To the point where I try to redirect him with comments like, “Let’s focus on our hike!” instead of continually talking about bathrooms. I see your point about it being a coping mechanism and I hadn’t thought of it that way. Sometimes the behaviors can be worrisome, so I try to temper them. Also framing it as a typical behavior, but more intense, helps – and that is true of so many other behaviors in our kids with CVI too.

The Uniquely Human book does specifically discuss stimming but I do not remember how much it refers to verbal “stimming”. It is fine to go ahead and re-direct after a bit but to not stifle it altogether. Sadly, I do think that those behaviors can be confused with autism – and teachers are not entirely wrong to think that since so many of the behaviors are similar but teachers are missing that knowledge of CVI and how the challenges of CVI also create those same behaviors as well as the sensory issues creating them. They are missing the knowledge about CVI to fully understand and only have the knowledge of autism because there are no other diagnoses that have these similar behavioral patterns to this degree. When Dr. Roman taught her class here in Washington there were things that specifically stood out for me and that was one of them – she backed it up with a powerful video of a man with CVI, who had been misdiagnosed with autism as a child.

That is not to say that you could not have CVI and autism. As therapists, even though a diagnosis is important – especially knowledge of a CVI diagnosis – we do not treat the diagnosis but the symptoms so if the “stimming” type symptoms are the same as a person with autism you would treat it the same – unfortunately, the “stimming” symptoms are often managed poorly because like I said we should not be trying to get rid of them since they really  are coping mechanisms.

It is always good to ask adults about their experiences from childhood. I once read an account of an adult woman with autism who said the worst part of her childhood was when her ABA therapist and parents sought to stop her from waving or flapping her arms when she was excited just so she would appear more “normal” or typical. She said, “I was excited about so much and they basically told me to never be excited and if I showed I was excited I was spoken to harshly to stop.” As OTs we often have parents of kids with autism write as one of their OT goals that they want their kids to stop flapping their arms – arrgghh – so we teach the parents over time. It is a process to teach parents that these types of behaviors all serve a purpose – some to express joy and happiness and others to cope with stress. Unfortunately, you cannot just tell parents up front that the behavior is Ok – they have to trust you, trust your opinion and then it is a process for parents to learn how to see things in a new light.

I would never teach a child to stop waving or flapping their arms. That is why the Uniquely Human book is so lovely because it explains this and how even though these behaviors are more intense than most people they are still all normal behaviors showing excitement or coping mechanisms. So it explains that we are all “uniquely human” and do not all need to look the same and act the same to have a happy life and get along in the world. And you are right, you cannot stamp out autism but you can take away coping mechanisms through behavioral management which then creates a pretty big problem.

When I have kids with a lot of anxiety we work on not worrying about things all day long but rather trying to “lock it up” in our brains for later and then have an assigned time – maybe before bed – that they can talk for 15 minutes or so about the topic of worry. There is a little workbook about it so some of those strategies can work for Jasper – talk about it a little, focus on something fun like our hike and then we can talk about it again before bed. This helped several kids I work with who tend to worry about things all day long.

I hope all of this helps and makes sense. If this discussion leads to anything it is that the whole world needs to know more about CVI – especially the professionals!

One thought on “Speaking of CVI, behavior and sensory regulation”